John Haycock is a multi instrumental live looping artist passionate about affecting acoustic sounds with electronics exploring new sonority.
John takes his home made kora (21 string African Harp) And runs it through a series of electronic devices creating lush soundscapes and solid beats and overlays it with woodwind instruments, bridging the gap between ancient West African Folk melodies and modern electronica, visiting influences from hip-hop to house to dub along the way.
John has been studying kora closely under the master Gambian griot Jali Nyonkoling Kuyateh for several years having also spent time In West Africa absorbing the culture.
Through this relationship John not only learned how to play the kora, but also how to construct the instrument, and is able to guide anyone searching for a kora of thier own.
Since embarking on the journey John has appeared around the world in varying manifestations including but not limited to : Manchester international festival Manchester Jazz Festival, Aufgetischt st Gallen (swiss), Pflasterspektakel Linz (Austria) Fee estival (France) Sofar sounds, Dig the city urban gardening festival,Beatherder, Kendal calling, Harlequinn Fayre and many other events.
John is also a regular street performer and can often be found performing in cities throughout the UK and Europe
“His playing of the Kora is masterful and he adds an orchestral element, bringing out all that is beautiful about the instrument.” – silent radio“ 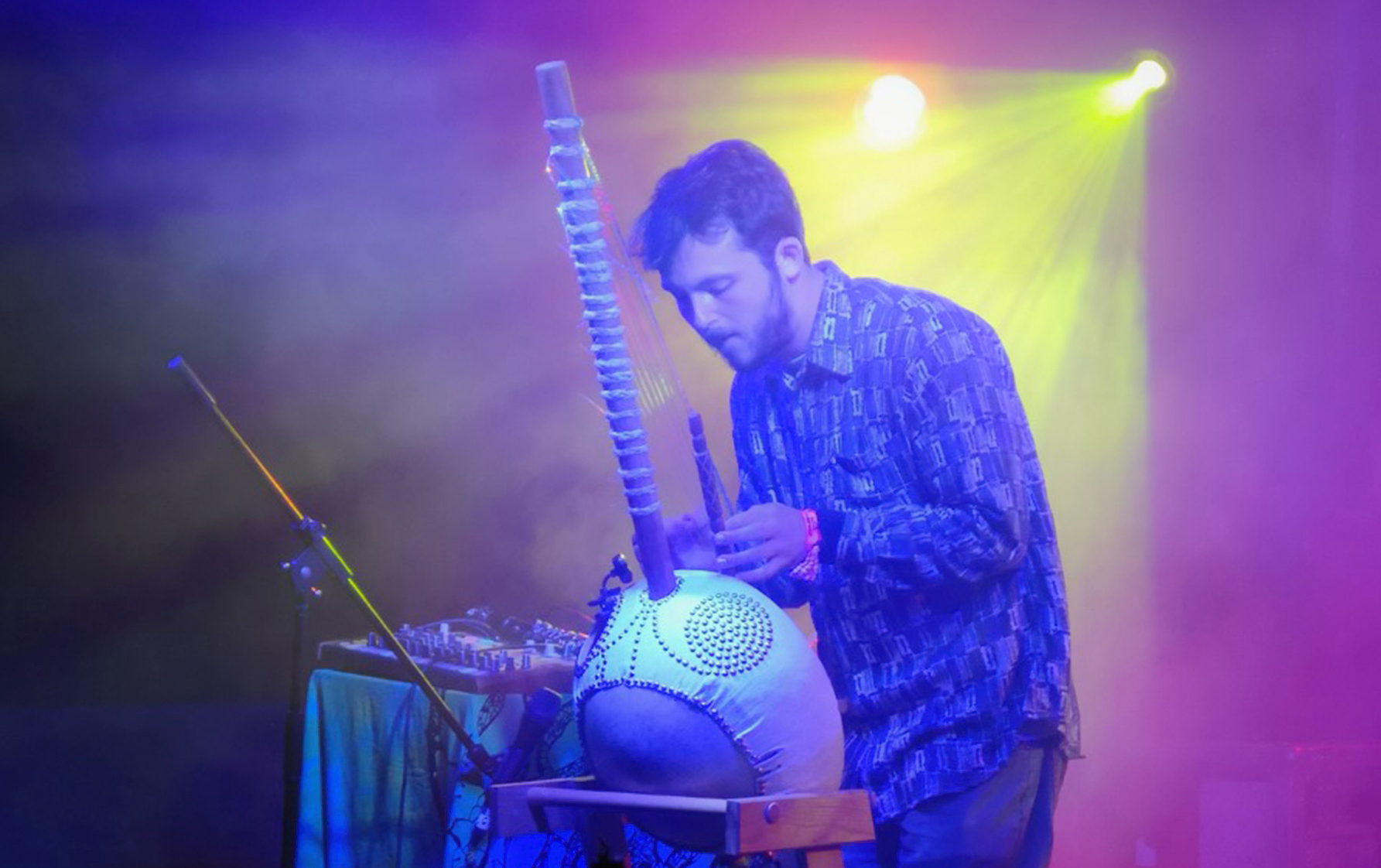